Get the Plane Facts about Aviation History at this Atlanta Institution

Atlanta’s most famous brand, Coca-Cola, has a splashy downtown museum that averages nearly a million visitors each year.

It soaks up so much attention that many people never realize that Atlanta’s second-most-famous brand, Delta, also has a museum.

The Delta Flight Museum sits in and around two 1940s hangars in the sprawling Hartsfield-Jackson International Airport campus. It houses at least eight planes — from tiny crop dusters to a mammoth 747 — as well as smaller exhibits devoted to topics like in-flight dining and flight attendant uniforms. There’s even a flight simulator, if you want to spend big bucks.[1]I was in the FedEx flight simulator in Memphis once. It was an incredible experience.

At the tail end of 1928, C.E. Woolman bought a fleet of crop dusters from Huff Daland Dusters in Monroe, Louisiana. A few months later, Delta Air Service (so named because it served the Mississippi Delta region) launched its first passenger flight, flying from Dallas, Texas, to Jackson, Mississippi. Cost? $47.25 one-way or $90 round trip.

In those early days, travelers sat in wicker chairs to help keep plane weight down.

Passenger flights didn’t last long, though. When Delta failed to win a U.S. mail contract, it had to suspend passenger service. Back to crop-dusting it went.

In 1934, the U.S. Post Office awarded Delta Route 24, from Ft. Worth, Texas, to Charleston, South Carolina.

This Delta Travel Air SB Sedan dates to 1931. It could carry five passengers and two pilots, and hit speeds of 95 mph.[2]Ludicrous Speed!

This plane gave me real “Casablanca” vibes, even though I know it’s bigger than the one Bogey and Bergman stood beside in that famous scene.

It’s a Douglas DC-3. Delta started flying DC-3s in 1940 and staffing them with stewardesses, as they were then called. These big fellas could hold 21 passengers and three crew members. They could travel at speeds of 170 mph and make it 1,400 miles in one go.

One year after Delta started flying these planes, it relocated to Atlanta and the hangar where all the planes we’ve shown you thus far reside.

‘The Airline Run By Professionals’

This cool tunnel takes you to the museum’s second hangar, where you’ll find more exhibits, the flight simulator, and one really big jet.

As we (metaphorically) walk through the tunnel to the modern area, let us:

1) Raise an eyebrow at Delta’s 1970 slogan — “The Airline Run By Professionals”? What was going on at the other airlines?[3]Inside Led Zeppelin’s Private Jet circa 1973

2) Apologize to the three retired commercial pilots in our families who may be cringing at the details I’ve left out or gotten wrong. Like, can I call a plane a “big fella” or are they all “she’s”?[4]Sorry Dad

The Spirit of Delta

In 1982, Delta found itself in some financial hot water. So employees took payroll deductions amounting to $30 million so that Delta could buy its first Boeing 767, the jet you see here.

Let’s hope they got that money back during more profitable years.

Delta retired The Spirit of Delta in 2006 and moved it to the museum, where you can climb aboard and imagine you’re heading off to some exotic locale.[5]Walking inside the Spirit of Delta was like walking around the cabin of a plane…. ummm, neat?

If you’ve been following us for a while, you know we can’t resist weird cow statues.[6]Soyia and her cow statue fetish! Imagine our delight to find one in the Delta Museum! I wish I could take credit for calling it “Platinum Moodallion,” but a Delta employee came up with that.

The museum’s pièce de résistance is the giant 747 that sits across from the hangars. Delta ripped out some of the ceiling and cut holes in part of the floor so that you can see some of the plane’s inner workings, which is pretty neat.[7]The picture doesn’t capture just how truly massive these aircraft are.

Weather permitting, you can even walk out on one of the wings.[8]Kinda

The “Keep Climbing Together” statue behind us features the name of every single one of the 75,000 employees on the payroll when it was completed in 2021.

Neither one of us is an aviation geek[9]Sorry Dad, but it was still interesting to learn a little about the history of aviation and an iconic Atlanta business. And it made one of us (me!) even more antsy to get back up in the sky and out in the world.

General admission is $10 for youth and $15 for adults. Theoretically, the museum is open every day but Wednesdays. But in practice, the museum frequently shuts down for private events, so it’s best to check the website before planning a visit.

One thing that’s pretty cool is that the museum holds surplus sales on the second Friday of every month. You can buy not just surplus gift shop items but also things like used airplane seats and bar carts. Sale dates can be found on the events page. 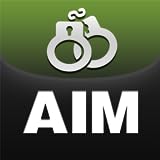 (1)
$0.00 (as of 08/08/2022 09:08 GMT -04:00 - More infoProduct prices and availability are accurate as of the date/time indicated and are subject to change. Any price and availability information displayed on [relevant Amazon Site(s), as applicable] at the time of purchase will apply to the purchase of this product.)

(3)
$39.95 (as of 08/08/2022 09:08 GMT -04:00 - More infoProduct prices and availability are accurate as of the date/time indicated and are subject to change. Any price and availability information displayed on [relevant Amazon Site(s), as applicable] at the time of purchase will apply to the purchase of this product.)

(162)
(as of 08/08/2022 09:08 GMT -04:00 - More infoProduct prices and availability are accurate as of the date/time indicated and are subject to change. Any price and availability information displayed on [relevant Amazon Site(s), as applicable] at the time of purchase will apply to the purchase of this product.)

(47849)
$39.80 (as of 08/08/2022 09:08 GMT -04:00 - More infoProduct prices and availability are accurate as of the date/time indicated and are subject to change. Any price and availability information displayed on [relevant Amazon Site(s), as applicable] at the time of purchase will apply to the purchase of this product.) 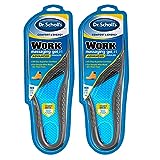