Come One, Come All to World Famous SamG Land

Often in the last year, we’ve wandered through folk art environments marveling at the artists’ imaginations and wondering what they were thinking when they created this or that piece.

When we visited the World Famous SamG Land this fall, we didn’t have to wonder—we could just ask.

SamG is Sam Granger, a self-taught artist who’s installed a colorful menagerie of metal creatures on his girlfriend’s property near Clarksville, Georgia, and invites one and all to stop by and check it out.

Well, if you can find it.

(Hint: Take the ramp to the right of Chevron’s diesel pumps and follow the dirt road.)[1]Super sketch at first, but then you see the path open up before you and … magic.

When we finally finished with our wrong turns and pulled into the yard, we hopped out and began our usual wandering and wondering. Then the front door opened and out came Sam. We chatted for a couple of minutes, and Fred asked if we could take a selfie with him.

For the next 90 minutes, we trailed behind Sam as he explained how and why he made various items. He told us about the time a kid burst into tears upon meeting him and the time he nearly died on the toilet. He showed us his time machine and his coffee cup graveyard. He introduced us to his three cats and his three-legged dog, DooDoo.

Laidback and lighthearted, audacious and loquacious, SamG couldn’t have been a better host.

Sam fell into art by chance in 2007. He was out of work and, to appease his then wife, took a long online test that promised to reveal his perfect career. The result? Art. Though he couldn’t draw, he didn’t let that stop him. He started painting right away: “I discovered this world that I belonged to that I never even knew existed.”

(I’m thinking that at the beginning, part of his motivation might have been to irritate his now ex-wife, but whatever works…)

Now, in addition to painting, he turns would-be trash into artistic treasures. He haunts thrift stores and makes frequent stops to pick up abandoned items on the side of the road.  And if anything in his house breaks, you can bet it’s going to end up repurposed into something strange or wonderful or both. He’s particularly fond of making robots.

Time is a Flat Circle

Time seems to be of particular interest to Sam. He’s hung his old dryer door from a tree and encourages visitors to look through it. On a tree just beyond it he’s painted a sign that says “The Future.” And when you step around the door and look back, there’s a sign that reads, “You were here.”

“If you think about it too much,” he says, “it’ll mess with your mind.”

And then there’s his time traveling machine. You sit in it, relax and enjoy your surroundings, and when you get up again, you’re in the future.

This is a prime example of SamG’s sense of humor—silly and a little bit naughty. His inner 7th grade boy lurks just below his 51-year-old surface. Note that next to the mail-order bride is a “historical replica of a 14 million year old brontosaurus turd.”

This is The Whiz Kid. Sam hosts an annual artist get-together, and he wanted to use this guy as a lemonade dispenser. “You know, when people came up to get their lemonade, he’d be taking a whiz,” Sam said. Then he shrugged and laughed, “But… he leaks.”

“This is the toilet I was sitting on when my aorta ruptured,” he said as we approached a toilet in the woods with some sort of ghoulish creature atop it. This time, he’s not joking. On March 13, 2017, Sam very nearly died.

Of course, he still finds humor in the story’s telling: “I had finished my business and was about to start the paperwork when I heard something go pop and I went blind. Just a loud noise and everything went black.”

After he recovered, he replaced the seat—turning the original into art—but kept using the toilet until December 2020: “Lorri asked me, ‘What do you want for Christmas?’ and I said, ‘I want a new toilet.’ And she was like, ‘Why?’ And I said, ‘Because it’s sad when one of the great creative minds of the 21st century spends half of every morning flushing his damn toilet.’”

His new toilet, he brags, has tremendous flushing power.

Can You Spare a Square?

Toilets figure in some of his other works as well, including this one, made during The Great Toilet Paper Shortage in the pandemic’s early days.[2]Freud would have a field day analyzing the work SamG does.

Thrift stores, says Sam, are coffee cup purgatory. So periodically, when a store offers up a box for a dollar or two, he buys them and dumps them in his coffee cup graveyard. Visitors sometimes steal one. But that’s OK, he says, “Because it’s like it’s a resurrection.”

People sometimes ask Sam what SamG Land is all about, and he tells them, “It’s three acres of peace, love, and bullshit—and a little bit of anger at the world.”[3]SamG for Mayor!

Sometimes what’s happening in the world gets to him. That’s what prompted this piece, which he says turns up on Instagram a lot.

A while back, SamG and Lorri visited the Biltmore Estate in Asheville, and Sam had a realization: Really fancy houses have statues on them. When he came home, he added the four you see here to his, “to fancy it up some.”

He knows, by the way, that he’s lucky to have Lorri. “This whole place belongs to my girlfriend,” he said. “Can you believe she lets me do this stuff?”[4]Soyia doesn’t even let me think about doing anything remotely like this because she knows it would be tacked-up posters of John Elway and Ric Flair. And maybe Farrah Fawcett.

After he’d recovered from his ruptured aorta, Lorri told him they should take a trip. Where have you always wanted to go, she asked him, probably expecting him to say Hawaii or Alaska or somewhere far-flung. His response? South of the Border. You know, the place in South Carolina with the giant man in the sombrero and all the billboards along I-95?

So they went. Sam said he’d always thought that when he died, he wanted to be cremated and flushed down the toilet at a particularly busy truck stop he knows of in Jackson, Mississippi. But now he thinks he may want his ashes scattered over the side of that South of the Border sombrero.

About that time he made a kid cry: A local professional wrestling venue was holding a “culture fest,” and Sam decided to participate, just because he thought it would be funny to sell art at a wrestling event. He had a desk with a sign that said, “Meet the World Famous SamG!” A kid walked up, read the sign aloud, and then looked at Sam and asked, “Where is he?”

“And I said, ‘I’m right here!’ and the kid starts crying and walks off…

“That’s like the greatest thing I’ve ever done, to make a kid cry in disappointment,” said Sam, in near hysterics as he recounts the story. “Is it that sad? Is it that disappointing to meet me?”

No, Sam, it’s not. It absolutely is not.

(20651)
$97.61 (as of 06/22/2022 10:23 GMT -04:00 - More infoProduct prices and availability are accurate as of the date/time indicated and are subject to change. Any price and availability information displayed on [relevant Amazon Site(s), as applicable] at the time of purchase will apply to the purchase of this product.)

Things We Never Got Over

(41943)
$3.99 (as of 06/22/2022 10:23 GMT -04:00 - More infoProduct prices and availability are accurate as of the date/time indicated and are subject to change. Any price and availability information displayed on [relevant Amazon Site(s), as applicable] at the time of purchase will apply to the purchase of this product.)

(127557)
$6.99 (as of 06/22/2022 10:23 GMT -04:00 - More infoProduct prices and availability are accurate as of the date/time indicated and are subject to change. Any price and availability information displayed on [relevant Amazon Site(s), as applicable] at the time of purchase will apply to the purchase of this product.) 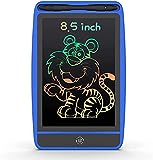 63% Off $29.99 $10.99 (as of 06/22/2022 10:23 GMT -04:00 - More infoProduct prices and availability are accurate as of the date/time indicated and are subject to change. Any price and availability information displayed on [relevant Amazon Site(s), as applicable] at the time of purchase will apply to the purchase of this product.)

(13160)
$19.99 (as of 06/22/2022 10:23 GMT -04:00 - More infoProduct prices and availability are accurate as of the date/time indicated and are subject to change. Any price and availability information displayed on [relevant Amazon Site(s), as applicable] at the time of purchase will apply to the purchase of this product.)
Please follow and like us: