A Place Where Those Who Did the Crime Did Their Time

Imagine for a moment you’re a pickpocket in 1830s Philadelphia.

You tried to lift someone’s watch just as a constable looked your way, and now you find yourself being led through the imposing stone walls of your home for the next year: Eastern State Penitentiary.

Ten years earlier, you might have done your time in a noisy, dirty, crowded prison pen. But not now. Not here. This is a new kind of prison—a “penitentiary,” meant to inspire penitence.

You have your own cell, complete with running water, centralized heating, and a flush toilet. (Things even the White House was only just getting!) But you also have to live in solitude.

No talking. No visitors. No letters from home.

Just plenty of time to reflect on your wicked ways and resolve to walk a different path upon release.

Eastern State Penitentiary shut down in 1971, having abandoned solitary confinement nearly 100 years earlier—as much because it was too expensive as because it was inhumane.

Today the penitentiary is a tourist attraction, its crumbling interior a fascinating repository of some of the darker aspects of American history.

Keep scrolling to learn more about life inside Eastern State and read stories about some of its famous inmates (Capone!) and visitors (Dickens!).

Eastern State Penitentiary was the brainchild of the Philadelphia Society for Alleviating the Misery of Public Prisons, a group that first met in Benjamin Franklin’s house in 1787. (Another of the society’s founders was Benjamin Rush, Declaration of Independence signer, mental health pioneer, and ancestor of friend-of-the-blog Jennifer Heitz.)

They truly saw solitary confinement as a positive force.

When the prison opened in 1829, each prisoner had a private exercise yard off his cell. Exercise times were staggered to keep convicts from chatting, and if they had to leave their cells, they were hooded to prevent them from interacting with guards or seeing other prisoners (not to mention learning their way around).

Their methods became known as The Pennsylvania System and were adopted by 300 prisons around the world.

Each cell featured a skylight, sometimes called the “Eye of God,” meant to remind prisoners that God was watching.

Dickens Does Not Approve

When Eastern State opened, it was one of the largest and most expensive public buildings in America.

On the outside, it looked like a forbidding medieval castle. Inside, it possessed an innovative radial structure, with a central surveillance area and seven long “spokes” of cells.

Almost immediately, it became a tourist attraction, with people coming from as far away as Europe to see it. One of those people was Charles Dickens, who did not approve of the Society’s methods, writing, “I hold this slow and daily tampering with the mysteries of the brain to be immeasurably worse than any torture of the body.”

Sutton may not have gotten far—few did—but Leo Callahan went over the wall on a makeshift ladder in 1923 and was never seen again. Callahan, in prison for assault and battery with intent to kill, is the only one of more than 100 escapees never to be recaptured.

Capone, meanwhile, didn’t need to escape. Just look at his cell! (Above, re-created from a newspaper photograph from that time.) Before 1929, Capone had never served time, but he got popped on his way back to Chicago from Atlantic City for carrying an unlicensed, concealed weapon. Some think he arranged to be arrested in Philly to avoid something worse in Chicago, an accusation he always denied.

Wandering Among the Ruins

Part of what makes touring Eastern State Penitentiary so cool is that much of it is still decaying. Once you finish the main tour, you can meander through several other sections, sometimes going minutes without seeing another person (at least when we were there).

There are barricades to keep you from wandering into dangerous areas, of course, but it’s still possible to view and photograph much of it.

The only area that’s been fully restored is the synagogue. Completed around 1924—and almost certainly the first synagogue in an American prison—it has now been returned to its 1959 appearance.

Inside, you’ll find details about Jewish life and Jewish prisoners at Eastern State. My favorite bit was about Morris “The Rabbi” Bolber, who led a murder-for-hire ring catering to women who wanted their husbands killed in exchange for insurance money. He received a life sentence in 1942 and died in the prison hospital in 1954.

Behind the red cross you see in the photo above lay the prison’s hospital wing.

In the audio tour, prisoners recall visiting or working in the hospital. Particularly awful are their tales of dealing with people with mental illnesses, who did not usually receive proper care.

One prisoner tells a funnier story (“funnier” because he laughed as he told it) about getting some very painful stitches following a fight. Afterward, the doctor came in and asked if the inmate who’d done the procedure had flushed the wound first. “Yep,” he said, not wanting to risk having to have the stitches removed and redone.

The audio tour, by the way, is free with admission and really terrific. Steve Buscemi narrates the main portion of the tour, but it’s the interviews with inmates and guards and the insights of the curators that make it great.

This chair wasn’t in the hospital wing (which is closed anyway), nor was it featured in the audio tour, but we assume it’s where prisoners once sat for tooth pullings and root canals and the like. As if prison weren’t bad enough!

Again, we can’t say for sure, but we imagine this chair was once in Eastern State’s barbershop.

Another cool thing about touring the prison today are the art exhibits in some cells.

This one features portraits and stories of people murdered by Eastern State inmates. Walking through the prison and listening to stories of inhumane treatment—some doled out to people who shouldn’t even have been there, like truant children and gay men—it’s easy to forget that many inmates did terrible things. This exhibit offers an important reminder of that.

(Though, to be clear, even they didn’t deserve to be treated inhumanely.)

When artist Jesse Krimes (yes, really, Krimes) was in federal prison in 2010 for a non-violent drug conviction, he came up with a way to use hair gel to transfer images from the New York Times onto bed sheets, which he smuggled out of prison. He created an enormous, 39-panel mural, “Apokaluptein 16389067,” that was only assembled after his release.

This is a replica, I believe, because it’s called “Apokaluptein 16389067 II” and has been modified to cover the entire walls of a cell.

Beer on the Baseball Field

We visited Eastern State in the summer, when the prison is open for Night Tours, allowing you to stroll through the space as the sun is setting and then enjoy a drink in the “Fair Chance Beer Garden” in what was once the prison baseball field.

As we sat there, I kept wondering what would happen if you were to go back in time and tell prisoners, “Someday, tourists will pay money to get into this place. They’ll sit in the yard and listen to music and drink expensive beer.”

Would they be horrified or happy?

(11)
$14.99 (as of 08/08/2022 09:50 GMT -04:00 - More infoProduct prices and availability are accurate as of the date/time indicated and are subject to change. Any price and availability information displayed on [relevant Amazon Site(s), as applicable] at the time of purchase will apply to the purchase of this product.)

(2)
$28.99 (as of 08/08/2022 09:50 GMT -04:00 - More infoProduct prices and availability are accurate as of the date/time indicated and are subject to change. Any price and availability information displayed on [relevant Amazon Site(s), as applicable] at the time of purchase will apply to the purchase of this product.) 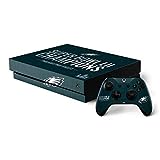 (1)
$39.99 (as of 08/08/2022 09:50 GMT -04:00 - More infoProduct prices and availability are accurate as of the date/time indicated and are subject to change. Any price and availability information displayed on [relevant Amazon Site(s), as applicable] at the time of purchase will apply to the purchase of this product.)

(43)
$21.99 (as of 08/08/2022 09:50 GMT -04:00 - More infoProduct prices and availability are accurate as of the date/time indicated and are subject to change. Any price and availability information displayed on [relevant Amazon Site(s), as applicable] at the time of purchase will apply to the purchase of this product.)
Please follow and like us: