A couple of months ago, we invited our Facebook followers to vote on whether we should head to Columbus or Macon for our next road trip. Columbus eked out the win, but the race was so close we decided Macon also deserved some love.  [1]Georgia has decided to recount the ballots. Again.

And so one recent Saturday, we threw our overnight bags in the Mazda [2]We welcome that sweet spokesperson money, Mazda. and headed to middle Georgia, where we met up with a friend who spent the day with us.

In just 24 hours, we managed to have two good meals, tour a museum that celebrates African American arts and culture and another that pays tribute to the Allman Brothers, take a morning stroll through a gorgeous historical cemetery, and spend an evening in a historic ballpark cheering on the Macon Bacon.

First stop: Lunch. The Rookery specializes in hamburgers—you can choose from five different kinds of patties—and milkshakes, some of them boozy. Its menu items are named for famous Georgians. There’s the Jimmy Carter Burger (which comes with peanut butter on top, natch), Blind Willie’s Buffalo Chicken, and the Outkast Stankonia, among others. [3]Why do I look so angry? Because I was only hungry enough to eat one thing on the menu. So good!

The Tubman Museum is the country’s largest museum dedicated to African American art, history, and culture.

One section of the bright, airy building features household items invented or improved by African Americans (the egg beater, the pencil sharpener) and another showcases a nice collection of folk art. I was especially captivated by the work of Mr. Imagination [4]From now on you can refer to me as Mr., ummm, Something? I am not a creative person., a self-taught artist from Chicago who often incorporated bottle caps into his work.

Macon has produced some legendary soul singers, most notably Otis Redding and Little Richard. James Brown also lived in Macon for a number of years and recorded his first hit, “Please, Please, Please,” at Macon’s WIBB radio station. The Tubman’s tribute to Macon’s musical history highlights legends and lesser-knowns. You’ll see one of James Brown’s suits, Little Richard’s boots, and a bust of Otis Redding. [5]They need to bottle the water from this place.

We should note that there’s also a small Otis Redding Museum in downtown Macon, but it was closed when we were there.

After a short rest at our AirBnB, we headed back out. We both love bookstores, and when I spotted the exterior of Gottwals Books on Riverside Drive, I had to stop to snap a picture. Sadly, we had no time to browse. Next time, Gottwals!

Instead we headed to Ocmulgee Brewpub for a pregame beer. Excited about going to a baseball game for the first time since before the pandemic, we foolishly chose to skip dinner in favor of ballpark food. Won’t make that mistake again. [6]We could have gotten a $5 cup o’ bacon at the game. Instead we opted for the pretzel. Bad decision. Never not choose the bacon. It’s, like, a rule.

Built in 1929, Luther Williams Field has been home to a variety of minor league teams over the years and had starring roles in the movies “42” and “Trouble with the Curve” and the TV show “Brockmire.” Quite a few future greats have played here, either as part of an exhibition game or as fulltime Macon team member, including Hank Aaron, Ted Williams, Joe DiMaggio, Pete Rose, and Andruw Jones.

We were there to see the Macon Bacon, a wood-bat collegiate summer league team, play their home-state rivals, the Savannah Bananas.

You might expect the Bacon’s mascot to have a punny, pork-y name, but they came up with something even better: Kevin. As in Kevin Bacon. If you’ll notice, Kevin is wearing a skillet for a hat—something you can buy in the ballpark gift shop, should you so choose. We did not, but we appreciate that such things exist.

One other note about Macon and mascots: A friend told us that in the late 90s, Macon had a minor league hockey team called the Macon Whoopee, whose mascot was a stork. Well played, Macon, well played.

I love cemeteries. I find them pretty and peaceful. I enjoy reading the epitaphs and imagining the lives of the people they memorialize. Fred does not get this. Nor does he like being outdoors. Which is too bad for him because I’m forever dragging him to cemeteries. [7]I suffer from a lack of imagination and appreciation of beauty when I am being attacked by flying bugs.

Rose Hill is a good one. Founded in 1840 by a former newspaper publisher who wanted it to be both a burial ground and a park (see, Fred!), the 50-acre site has a view of downtown on one side and the Ocmulgee River on the other.

While many Macon notables are buried here, by far the most famous are members of the Allman Brothers, which is fitting because Rose Hill was the source of inspiration for a couple of their songs and featured in one of their album photos.

Duane Allman died in a motorcycle crash in 1971, when he was just 24. Bandmate Berry Oakley died a year later—also in a motorcycle accident—and is buried beside him. Gregg Allman and Butch Trucks, who both died in 2017, now rest nearby as well.

We wandered in search of their graves for a while before a kind volunteer pointed out the way: From the main gate, head toward the back right. Their plots lie in a fenced-off area halfway down a hill in the Carnation Ridge section.

In 1959, Inez Hill and Louise Hudson founded a tiny meat-and-three called H&H Restaurant. The women took a shine to the Allman Brothers before the band hit it big and sometimes fed them for free, which led to a lifetime friendship.

Mama Hill died in 2007, and Mama Louise soon retired, but H&H reopened in 2014, serving up yummy Southern breakfast and lunch. Our trio had the PB&J French Toast, the Red Dog (fried chicken, collard greens, a poached egg, and gravy on a biscuit) [8]I could eat this every day. and the Midnight Rider (fried chicken, bacon jam, and pimento cheese on a biscuit), and we all left singing.

Here are my favorite things about The Big House Museum, a lovely Tudor home where members of The Allman Brothers Band spent three years living and making music: the “legendary” seven-head shower [9]The Allmans were truly ahead of their time., the pool table that belonged to Cher, and a display of hotel room keys.

Why? 1) Because I’d like a seven-head shower. 2) Because Cher! 3) Because while there was no explanation given for that collection of hotel room keys, I have some ideas.

If you’re a fan of The Allman Brothers Band or 70s Southern rock [10]I am a fan. Soyia hates anything more than 3 minutes long., you’ll love this museum, which is filled with musical instruments, posters, backstage passes, gold records, costumes, handwritten letters, canceled checks, and much more. [11]I enjoyed the random money transfer requests for such things as bail.

If, like us, you enjoy some of their music but aren’t well-versed in their history, you’ll wish for more context. (For example, it wasn’t till after our visit that we learned the boys didn’t grow up in Macon.) It is a museum by fans, for fans, and an interesting snapshot of a particular genre at a particular moment.

Having finished ramblin’ through the museum, we headed back to Hot ’Lanta. Until next time, Macon!

(70)
$12.00 (as of 08/08/2022 23:40 GMT -04:00 - More infoProduct prices and availability are accurate as of the date/time indicated and are subject to change. Any price and availability information displayed on [relevant Amazon Site(s), as applicable] at the time of purchase will apply to the purchase of this product.) 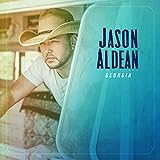 (344)
$11.49 (as of 08/08/2022 23:40 GMT -04:00 - More infoProduct prices and availability are accurate as of the date/time indicated and are subject to change. Any price and availability information displayed on [relevant Amazon Site(s), as applicable] at the time of purchase will apply to the purchase of this product.) 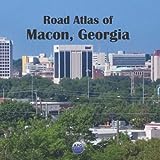 (2)
$14.99 (as of 08/08/2022 23:40 GMT -04:00 - More infoProduct prices and availability are accurate as of the date/time indicated and are subject to change. Any price and availability information displayed on [relevant Amazon Site(s), as applicable] at the time of purchase will apply to the purchase of this product.) 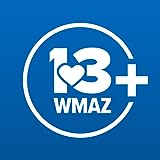 (253)
$0.00 (as of 08/08/2022 23:40 GMT -04:00 - More infoProduct prices and availability are accurate as of the date/time indicated and are subject to change. Any price and availability information displayed on [relevant Amazon Site(s), as applicable] at the time of purchase will apply to the purchase of this product.)